Amid the Trumpian Chaos, Europe Sees a Strategy: Divide and Conquer 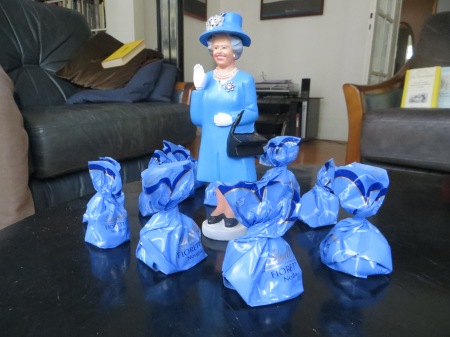 was macht Theresa May?

„BRUSSELS — European allies knew to expect the unexpected from President Trump, especially after their rancorous encounter last month at the Group of 7 summit meeting in Canada.

But Mr. Trump’s European tour has still rattled many on the Continent and in Britain, who have watched from a distance the chaos he creates on a daily basis in the United States but had not been directly exposed to it until this week.

More important, for the long term, they have begun to believe that underneath the presidential narcissism, sarcasm and bluster there is a strategy: to undercut European solidarity in NATO and the European Union so the United States can exercise its economic and military power to shape relations with individual countries, just as China and Russia seek to do.

The atmospherics have been awful. Mr. Trump happily broke protocol at NATO and in Britain, skipping appointments with other leaders, forcing changes in the agenda, scolding other leaders, calling an early news conference to get onto morning television programs in America, making unfounded claims about agreements and giving an interview to the British mass-market tabloid The Sun that deeply embarrassed his host, Prime Minister Theresa May.

But Europeans are now convinced that Mr. Trump has an agenda that is inimical to their interests, said François Heisbourg, a French political analyst. “Europeans realize that he’s not just a temperamental child, but that he wants to dismantle the multilateral order created 70 years ago that he believes limits American power.”

European leaders had already taken into account the disrupter Trump, said Tomas Valasek, the director of Carnegie Europe, a foreign policy think tank. “We’re not in the dark about him, but we’ve never dealt with this sort of political animal before,” Mr. Valasek said. “This is a new ballgame and we’re learning how to play it. We’re not necessarily more effective, but we’re getting wiser.”

Different leaders have tried different strategies with Mr. Trump, from the “buddy-buddy” approach of President Emmanuel Macron of France and Ms. May, to the cooler attitude of Chancellor Angela Merkel of Germany. “But we found that none of this matters,” Mr. Valasek said. “He’ll treat you like a competitor one way or another. He wants to pit countries against one another and use U.S. power and wealth against the others for his advantage.”

The frustration sometimes comes out in meetings. At the NATO meeting, for instance, Prime Minister Lars Lokke Rasmussen of Denmark told Mr. Trump that Danes had suffered as many casualties per capita as the United States had in Afghanistan, and that blood mattered more than money.

“In direct and clear speech, I have made it clear to him that Denmark’s contribution cannot be measured in money,” Mr. Rasmussen said afterward.

The personal distaste could also be measured in body language, when European leaders made little effort to engage with Mr. Trump, chatting to one another while Mr. Trump walked along with the Turkish president, Recep Tayyip Erdogan, a semiauthoritarian outsider.

“Trump is becoming politically toxic in Western Europe,” Mr. Valasek said. “No one wants to be seen smiling with him after being berated on Twitter. Even more, Mr. Trump’s insults and his unpopularity among European voters make it harder for European leaders to do what he wants them to do, like increase military spending, even when they think they should do it.”

After Mr. Trump split with the Europeans on issues like climate change and the Iran nuclear deal, Mr. Valasek said, “leaders don’t want to be associated with anything he wants; it’s the kiss of death.”

They are also fearful of his populism, his support for Britain’s withdrawal from the European Union, or Brexit, and his affinity with their political adversaries, who share his nationalist, anti-immigration message.

Yet, Europe faces a dilemma with Mr. Trump, as Sigmar Gabriel, the former German foreign minister, said in an interview with Der Spiegel. “The truth is, we can’t get along with Trump and we can’t get along without the U.S.,” Mr. Gabriel said. “We therefore need a dual strategy: clear, hard and, above all, common European answers to Trump. Any attempt to accommodate him, any appraisal only leads him to go a step further. This must be over. From trade to NATO.”

He continued: “We cannot delude ourselves anymore. Donald Trump only knows strength. So we have to show him that we are strong.”

How to do that, however, is less clear, since Europe’s security dependence on the United States is both obvious and will not change soon, despite European talk of more money for a joint European defense.

The problem is visible not just in Germany but in Spain, distant from Russia. Pedro Sánchez, Spain’s new Socialist prime minister, outraged the leftist lawmakers who helped put him in office when he pledged to raise his country’s military spending to 2 percent from the current 0.9 percent of the country’s gross domestic product.

John C. Kornblum, a former American ambassador to Germany who still lives there, said that “the real problem is that postwar Europe seems not to have regained a sense of purpose and direction.”

“It cannot formulate self-confident and achievable goals,” Mr. Kornblum continued, “and above all seems unable to stand up for itself against the criminals of the world” — including the former Serbian leader Slobodan Milosevic in the 1990s and President Vladimir V. Putin of Russia now.

The European nations’ great accomplishments — continental peace and social welfare — have led them “to become self-righteous in their pride about them, but in reality these steps forward were only possible within an American bubble,” Mr. Kornblum said.

And now Mr. Trump has called them out on it and “spoken the unspeakable,” Mr. Kornblum said, and it is both unwelcome and uncomfortable.

If nothing else, Mr. Trump’s apparent willingness to turn over the table has gotten the attention of Western allies, creating a sense of urgency to meet the spending goals, and not everyone drew back in alarm.

The French newspaper Le Monde, for example, was relaxed. “Once again, Donald Trump brought on the show, but the damage was limited,” the newspaper said. “The NATO summit, which threatened to become a psychodrama because of the American president’s caprices, wound up reinforcing the alliance. The Europeans are ready to pay more for their defense, and the U.S. reaffirmed its military commitment to its historic allies.”

But the big question is whether any amount of spending would actually satisfy Mr. Trump, or whether his real attempt is to divide NATO and the European Union, both Mr. Heisbourg and Mr. Valasek said. Mr. Trump mixes his threats about more trade tariffs if the European Union does not come to better terms with his threat to withhold security from those same countries.

Of course, Mr. Trump also uses and misuses the figures he chooses. He often says that the United States pays for 90 percent of NATO, or sometimes he says 70 percent, when the figure is really about 67 percent, and includes the percentage of global military spending.

In fact, according to the International Institute for Strategic Studies, of the $603 billion the United States spends on defense, only about $31 billion goes to Europe.That number is increasing. But the European countries of NATO are spending about $239 billion and rising, even if their spending is not very efficient or coordinated.

Similarly, Mr. Trump likes to cite a $151 billion trade deficit with the European Union. But that figure is for goods only – not for services, which represent nearly 80 percent of the economy, where the United States has a small trade surplus with Europe.

For Mr. Heisbourg, Mr. Trump the businessman is simply “monetizing American power.” As Mr. Trump recently said, he regarded the European Union “possibly as bad as China, just smaller.” He sees Germany as dominating the bloc, and Germany, for which he has a special animus, as “the weak link in an organization vulnerable to linkage between trade and security,” Mr. Heisbourg said.

The same is true of Mr. Trump’s support of Brexit, on display again on Friday in Britain. Mr. Trump’s view is that “if you have a soft Brexit and stick with the European Union too closely, it doesn’t work for me, so goodbye, you’re on your own,” said Pierre Vimont, a former French ambassador to Washington. “For Trump there are no allies and no enemies, just partners or not, and the U.S. will deal with them separately. And the Europeans have no key to answer this new U.S. foreign policy.”